Gerda Steiner Designs is releasing two new stamp sets on August 16 (three days!) and I wanted to share a sneak peek of a project using the set. The set is super adorable and even though its name is Foxes, it has an adorable owl in it.

I definitely wanted to use the owl so I decided to to create a nighttime scene. I used black cardstock and used bright distress oxide inks. As an finishing touch, I used the Black Soot ink to darken up the bright colors. I used white ink to splatter onto the background to finish it off. 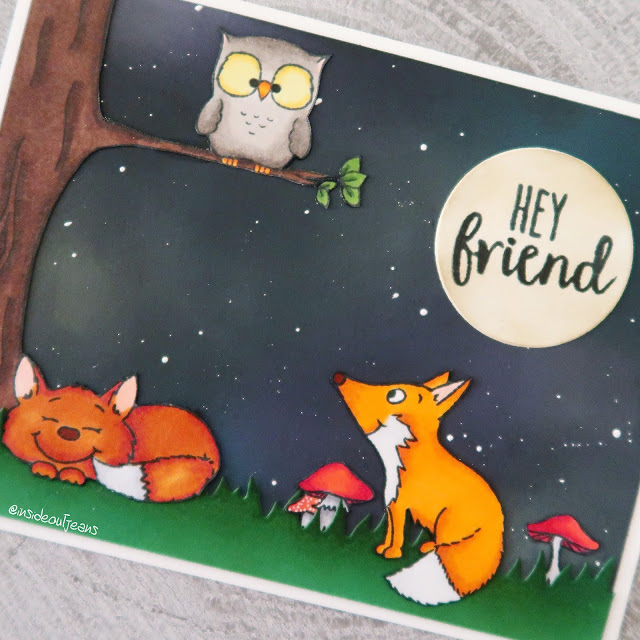 The background is really subtle but it really adds to the overall feel of the card and really depicts the night time.

I chose to color in the critters in bright colors so they could pop on the card. For the tree, since the image only comes with a branch, I just drew freehand the tree and added a few details on the bark so it wouldn't look so flat. I wanted to add a moon so I could add a sentiment. 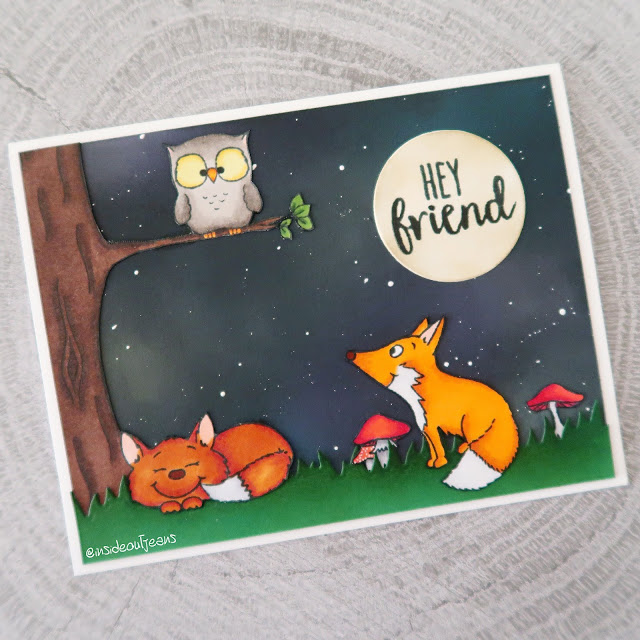 I really like how there were small mushrooms in this set as well. It really helped to add a finishing touch to the card along with a pop of color. Originally, I didn't include them but the card felt as if it was missing something. All in all, everything came together nicely and I'm loving this stamp set.

Again, it releases in three days so get ready!